Penke Bar and Bistro is designed from the ground up to stimulate. Stimulate the mind, stimulate the body, and well yes, stimulate the soul, if we do say so ourselves. Every surface in Penke Bar and Bistro is a canvas, we don't just hang art on the walls, we make the walls the art. Some very talented and internationally admired artists have left their mark on us. These visuals built into the very structure of the bar set a back drop for one of the most pleasing experiences you can have while enjoying a cocktail.

We are excited to present some of the very talented artist who have contributed to Penke Bar and Bistro.

Born and raised in Tokyo, now residing in BC Canada. Taking influences from those totally different environment to create the unique style of artworks, but most powerful and true inspiration is meeting people with amazing creativity from all over the world. 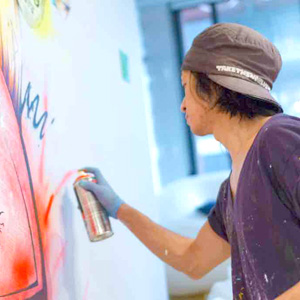 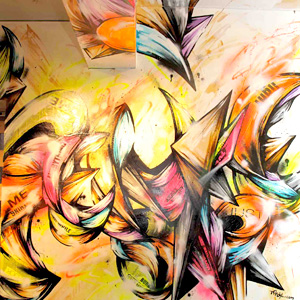 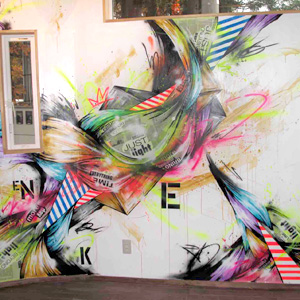 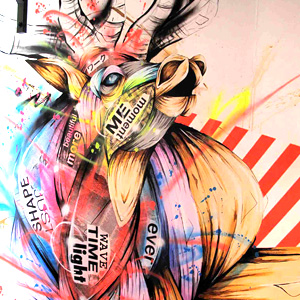 Born in 1981 in Gifu prefecture, and raised in Aichi pref. At the age of twenty, he moved to California, USA to pursue an art career. He spent four years in the Bay area doing live painting and participating in both solo exhibitions and art events. While living in San Francisco, he discovered a small group of avid bicyclists and became a bike messenger. It was through his experience as a courier that he found his essence of life and the conceptual basis for his art.

In 2006, he returned to Japan. Initially he lived in Tokyo, where he continued to work as a messenger and became involved in the bicycle industry. He eventually relocated to Kariya City for two and a half years to focus on his artistic and business endeavors. In 2010, he spent eight months in Tochigi and afterward returned to Tokyo, where he is currently based. He is involved in art curating, graphic design, illustration, company / collaborative projects, and continues to exhibit his artwork worldwide 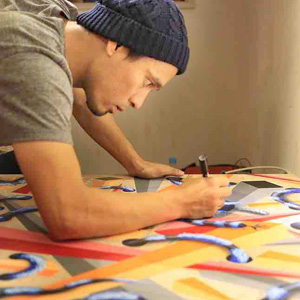 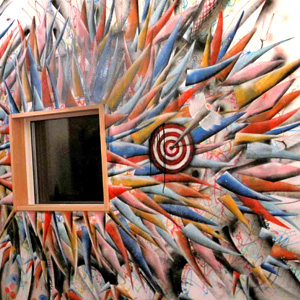 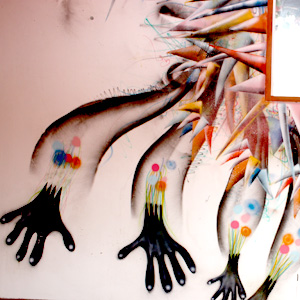 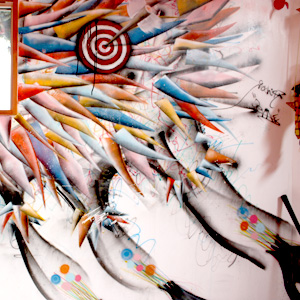 From riding down the mountain and straight in to the bar, penke has been a home for the last two years and my first get away from finishing school in Victoria. Shortlisted for the NGVs 'Top Arts' in 2014 I decided to take my skills to Penke. Wanting to create imagery which keeps people coming back for more I work with acrylic paint pens to capture the illusion of the chu-hi ride in penke. 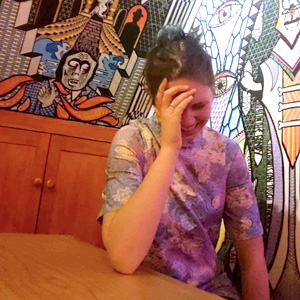 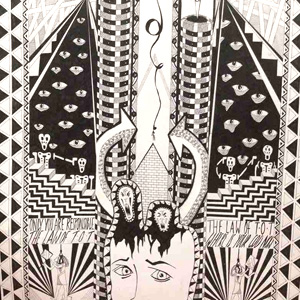 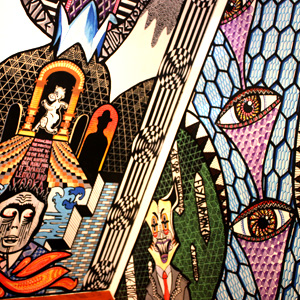